India is a canvas of beauty and colours. It is an enormous and diverse destination. Bordered by Pakistan, China, Nepal, Bhutan, Sri Lanka, Bangladesh and Myanmar, not to mention the Arabian Sea and the Bay of Bengal, means that there are many different sides to the country. It has witnessed the rise and fall of several kings, dynasties and empires. Each of those in power, however, left behind their legacy in the form of a monument, maybe a fort, palace or any other historical structure.

Being ruled over various dynasties and kingdoms before being established as a republic in the 20th century, India has more than a thousand tourist attractions and several World Heritage Sites. India’s languages, religions, dance, music, architecture, food and customs differ from place to place within the country.  India remains one of the most ethnically diverse countries in the world. Each and every state of India has a distinct identity and has something special to offer. Every state leaves an unforgettable impact on the minds of travellers.

From historical monuments to sparkling beaches and from architectural wonders to natural splendours, there is a slew of famous places to visit in India, which will stir up your wanderlust for sure. Offering all kinds of stunning scenery, Indian destinations are a massive hit not only with Indians but with overseas travellers as well. There are many beautiful tourist places to visit in India which are rugged and barren, and there are places which are blessed with lush greenery and amazing forests. From delicious cuisine to some amazing culture this place has been calling to explore it more and more. 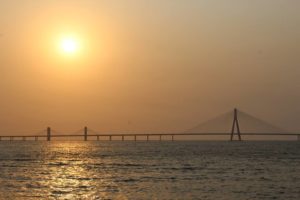